Phone Scam on the Rise

Reports of Agents Targeted in Tennessee 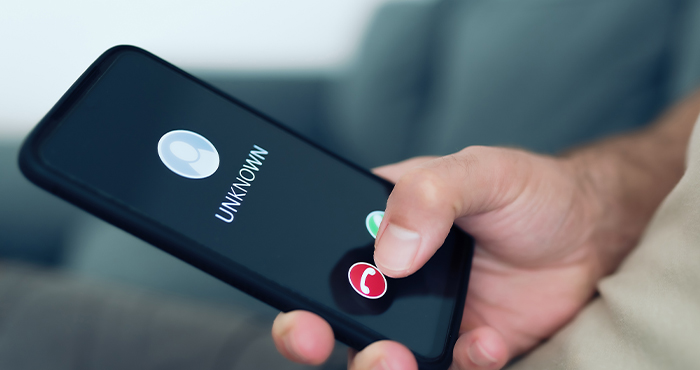 The Clarksville Association of REALTORS® in Clarksville, TN has reported that many of its members have been targeted recently in a phone scam, with some members even falling victim to the scam.

After choosing a target, the scammers spoof the numbers of local law enforcement, pretending to act in an official capacity. They state that there is an outstanding arrest warrant for the target for failing to comply with a court subpoena to testify, failing to report for jury duty, claims of identity theft or other offenses. They offer the target a "civil option" to avoid jail time by paying a fine over the phone; otherwise, they will dispatch officers to serve the warrant.

There have been reports of scammers asking for cash transfers, prepaid debit cards, bitcoin and other means of payment. They will even text financial information to make sure targets send money to the appropriate place or purchase the appropriate cards. Unfortunately, some agents in Clarksville have been defrauded to the tune of thousands of dollars.

Scammers use many tactics to sound credible. The numbers used by the offenders appear legitimate and hold up under a basic internet search. They are equipped with many details about the target, likely found through social media, giving the impression that they have a file on the target. In some cases, scammers even provide information such as badge numbers, names of actual law enforcement officials and federal judges and courthouse addresses.

As a general rule of thumb, never divulge personal or financial information over the phone to unknown callers in any scenario.

How to Spot the Scam

While it was brought to our attention through the Clarksville Association of REALTORS®, be advised that this is a recurring scam and it happens nationwide. The U.S. Marshals Service issued a fraud advisory regarding the scam in March 2020. There have been reports of the scam being run in Maryland as recently as late-October 2020.

Be advised that law enforcement officials will never ask for money, credit or debit card information, wire transfers, prepaid cards, gift cards or other currency over the phone—or in any other scenario—and arrest warrants cannot be settled by simply paying a law enforcement official. Gift cards or prepaid debit cards can't be used to pay court fines or settle bench warrants and arrest warrants. If someone claiming to be an officer of the law solicits any such payment over the phone, it should be regarded as a red flag.

If anyone is unsure of the veracity of a caller's claims, there are avenues to verify whether a warrant has actually been issued. Authenticate the call by contacting the clerk of the court's office of the U.S. District Court in your area and verify the court order given by the caller.

If you receive a call that follows the above patterns, hang up immediately, report it to federal authorities and file a local police report. Do not send cash or wire transfers. Do not purchase alternative forms of currency. Do not exchange financial information over the phone.

People are urged to report any such calls to their local FBI office, especially if they are a victim. The FBI Field Office in Memphis can be contacted at 901.747.4300; reports can also be submitted electronically through the FBI Tip Form.

Filing a consumer complaint with the Federal Trade Commission is also encouraged. The FTC has the ability to detect patterns of fraud from the information collected and share that data with law enforcement. Individuals can remain anonymous when filing a report or complaint.