Census Tracking: Let's Pick It Up

Memphis Second-to-Last in the State 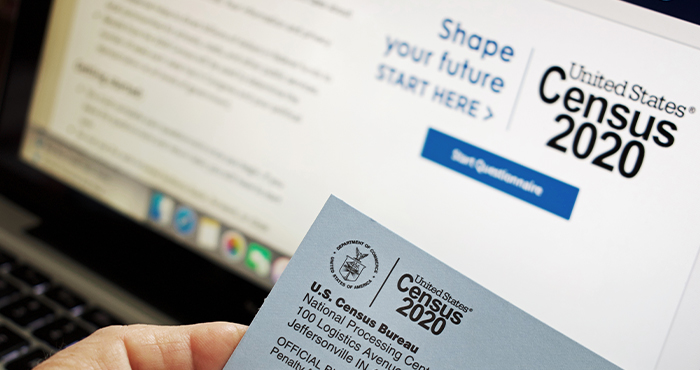 After opening in mid-March, the 2020 Census is in full swing. Many in our community have completed their survey; however, the Memphis area is lagging behind the rest of the state.

The U.S. Census Bureau has designated the National Association of REALTORS® as a National Partner for the 2020 Census. In turn, NAR is calling upon REALTORS® to drive participation in their respective communities through its Census Awareness Campaign, #REALTORScount. The census is important and relevant to all REALTORS® because completing the Census means more resources for businesses and communities across the country.

In addition to determining an accurate count of the U.S. population—and, consequently, appropriate Congressional representation—roughly $1.5 trillion is allocated to states and municipalities annually based on Census results, delivering funds for roads, hospitals, schools and countless other public services.

More specifically, this year's results will influence the allocation of $93.5 billion to Federal Direct Student Loans, $19.3 billion to Section 8 Housing Choice Vouchers and $12 billion to the National School Lunch Program.

NAR has created a Census Guide to help members share with clients and others in your areas. The guide includes important census dates, how NAR uses census data, ways REALTORS® can be involved and more.

Locally, Tennessee REALTORS® has been monitoring the response rate throughout the state—and it's not looking good here in Memphis. Of Tennessee's major cities, the numbers show Memphis ranked second-to-last with a response rate of 51.9% as of June 8, 2020.

All U.S. households should have received an invitation to participate in the Census back in April. Members, don't forget to complete the Census for your household if you haven't already. As you're doing business throughout the city, please encourage your clients and associates to do the same. The census survey can be completed by phone, by mail and online at 2020census.gov through October 31. It only takes around 5 minutes. Remember—completing the Census is required by law!

Tennessee REALTORS® will continue to monitor the response rates statewide and MAAR will do so locally. In the meantime, let's get our numbers up, Memphis! 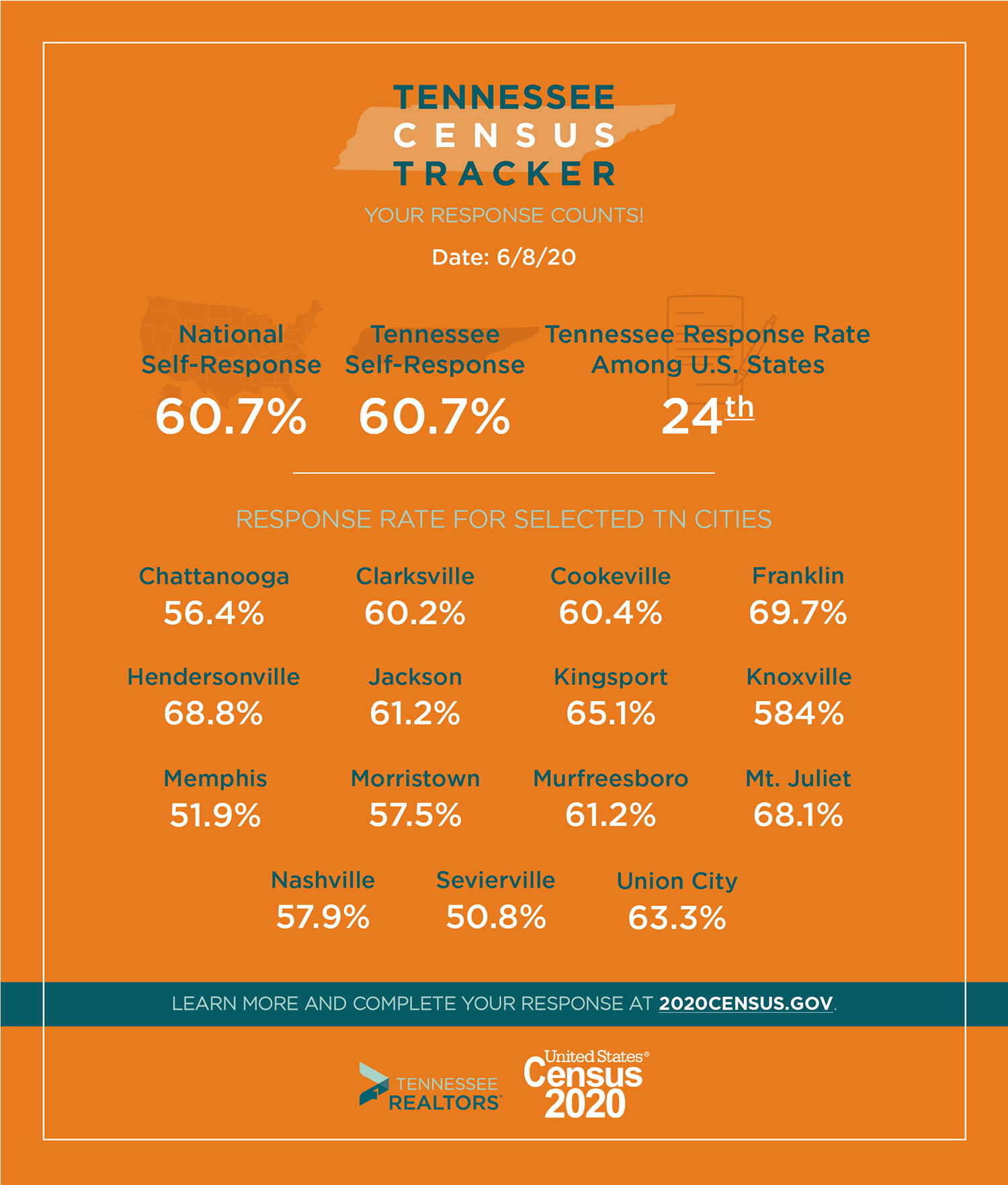 Source: Tennessee REALTORS®
NOTE: The response rate percentage for Knoxville contains a typo. It should read "58.4%" instead of "584%."